Even if you’re not interested in artificial intelligence, you should pay attention to ChatGPT, a new AI bot in town.

The chatbot responds to your inquiries in conversational, albeit slightly stiff, manner using the platform from OpenAI, a major artificial intelligence provider. The bot keeps track of the conversation’s flow and bases its subsequent responses on past queries and answers. Its responses are obtained from a vast amount of online data.

It’s a major event. In regions where there is sufficient training data for it to learn from, the tool appears to be fairly competent. It isn’t yet omniscient or intelligent enough to completely replace all people, but it is capable of being inventive and its responses can seem very authoritative.

Within a few days of its debut, ChatGPT had been used by more than a million individuals.

Be cautious though, since ChatGPT’s developer, the for-profit research facility known as OpenAI, cautions that it “may occasionally provide false or misleading information.” Here is a look into ChatGPT’s significance and current state.

What exactly is ChatGPT?

OpenAI published ChatGPT, an AI chatbot system, in November to demonstrate and test the capabilities of a very big, powerful AI system. You may ask it any number of questions, and you’ll frequently get a helpful response.

You may, for instance, ask it to explain Newton’s principles of motion in an encyclopedia inquiry. You may ask it to create a poem for you and then instruct it to make it more entertaining. You ask it to create a computer programme that would demonstrate all the possible word combinations.

The problem is that ChatGPT doesn’t really know anything. It is an AI that has been trained to identify patterns in significant amounts of text that has been taken from the internet and then further trained with the help of humans to provide more helpful, better conversation. As OpenAI cautions, the answers you receive can seem logical and even authoritative, but they could also be completely incorrect.

For years, businesses seeking for methods to better serve their customers and AI researchers attempting to pass the Turing Test have been interested in chatbots. Can a person chatting with a human and a machine distinguish between the two? That is the famous “Imitation Game” that computer scientist Alan Turing devised in 1950 as a means of determining intelligence.

However, chatbots come with a lot of baggage since businesses have tried, with varying degrees of success, to replace people with them in customer support roles. 72% of respondents in a poll of 1,700 Americans sponsored by the startup Ujet, whose technology manages customer relations, said chatbots were a waste of time.

What types of inquiries can be asked to ChatGPT?

You are free to ask anything, but you might not get a response. A few categories are suggested by OpenAI, including explaining physics, looking for birthday party inspiration, and receiving programming assistance.

Though I don’t believe any literary experts would be impressed, it wrote the poem I wanted it to. When I told ChatGPT to make it more thrilling, it did so by using phrases like “battlefield,” “adrenaline,” “thunder,” and “adventure.”

A order to produce “a folk song about building a rust programme and struggling with lifetime errors” is one absurd example that demonstrates how ChatGPT is prepared to just go for it in areas where people would be afraid to venture.

The breadth of ChatGPT’s knowledge and its ability to keep up with a conversation are noteworthy. It provided a few options when I asked it for words that rhymed with “purple,” and it didn’t lose a beat when I added, “How about with pink?” (There are plenty other excellent rhymes for the word “pink.”)

I enquired, “Is it simpler to obtain a date by being harsh or sensitive?” In part, GPT said, “Some individuals may find a sensitive person more beautiful and appealing, while others may be less attracted to sensitive persons.

I enquired, “Is it simpler to obtain a date by being harsh or sensitive?” In its response, GPT said, “While some individuals could be drawn to someone who is aggressive and assertive, others might find someone who is sensitive to be more beautiful and appealing. In general, striving to fit into a given mould or character is probably less successful at securing a date than being real and honest in your interactions with people.”

There are several reports of the bot mind-blowing humans, so you won’t have to go far. Users are showcasing the AI’s skill at producing creative suggestions and writing code in droves on Twitter. Some people have even said that Google and the college essay are extinct.

OpenAI, a startup that does artificial intelligence research, created ChatGPT. Its goal is to create an artificial general intelligence system that is “safe and useful,” or to assist others in doing so.
With GPT-3, which can produce language that can sound like it was written by a person, and DALL-E, which produces what is now referred to as “generative art” depending on text prompts you punch in, it has already made headlines.
The GPT-3 and GPT 3.5 updates, on which ChatGPT is built, are two instances of big language models, a type of AI technology. They can be trained automatically, usually over the course of many weeks using a tremendous amount of computer power, to produce text depending on what they have seen.

As an illustration, the training procedure may select a random passage of text, remove a few words, ask the AI to fill in the gaps, compare the outcome to the original, and then commend the AI system for getting as near as feasible. Repeating repeatedly can result in a sophisticated capacity to produce text.

Is ChatGPT a better search option than Google?

It can be helpful to ask a computer a question and receive a response, and ChatGPT frequently does so.
Google frequently provides you with connections to websites it believes will be relevant as well as its own proposed solutions to inquiries. It’s simple to think of GPT-3 as a competitor because ChatGPT frequently provides responses that are significantly superior to those that Google will recommend.
But before putting your faith in ChatGPT, pause. It’s great practise to confirm information from authentic sources before relying on it, much like with Google itself and other information sources like Wikipedia.
Because ChatGPT just provides you with raw text without any links or sources, you must put some effort into verifying the accuracy of the responses.

But sometimes it may be helpful and even thought stimulating. While ChatGPT may not be clearly visible in Google search results, Google has already made substantial use of AI and established enormous language models of its own.

Main Things to know about ChatGPT:

When GPT-3 was first launched, it led to a lot of problems within the companies. AI was unable to make up facts or provide answers to some inquiries. As a result, even if they are still attempting to cue the AI, the end user periodically needs to change the prompt, which is the text that is given to it.

However, if the AI could cue instead of you, it would potentially be preferable. As a result, AI should just ask you if it is unclear rather than rephrasing the question to enable it to grasp what you are seeking and react correctly. In light of this, the focus is now on this product with Chat GPT.

The new GPT option will be able to respond to more dynamic interactions thanks to the conversational approach, and it will be more likely to give a response than to ask. GPT-3 was formerly utilised by the end user to begin contact as opposed to Chat GPT, which has been trained expressly for this function. It uses a technique called reinforcement learning inspired by human learning.

These strategies have produced particularly astonishing outcomes in games like chess, go, poker, and the Atari games. Human input is essential in this case even if the game has predetermined rules and rewards while a discussion does not.

To do this, a model was asked a question, a sample of the answers was taken, and then the answers were manually ranked by a person. These ranks were then used as training data for the reward model. The output of the reward model will then be enhanced by additional reinforcement learning training on a polished language model that responds to questions.
These techniques have produced particularly astonishing outcomes in specialized games like chess, go, poker, and Atari games.

Although the game has predefined rules and prizes, conversations do not have these restrictions, therefore human input is essential in this scenario. This was achieved by posing a query to the model, choosing a handful of its answers from the pool, and then manually ranking the outcomes.
The reward model then used these ranks as training data. A polished language model will then be used to increase the reward model’s output.

These techniques have produced particularly astonishing outcomes in specialized games like chess, go, poker, and Atari games. Although the game has predefined rules and prizes, conversations do not have these restrictions, therefore human input is essential in this scenario. This was achieved by posing a query to the model, choosing a handful of its answers from the pool, and then manually ranking the outcomes.

The reward model then used these ranks as training data. A refined language model will then be further trained using reinforcement learning to react to questions in order to optimize the output of the reward model.

Because of the dialogue style, ChatGPT is able to react to follow-up questions, admit its mistakes, disprove unfounded theories, and reject inappropriate suggestions. ChatGPT, a sibling model to InstructGPT, is instructed to adhere to prompts and provide detailed responses.

Chatbot that can carry on a discussion after being programmed to do so. According to OpenAI, ChatGPT can reply to various kinds of writing, including theoretical essays, mathematical solutions, and tales, thanks to the conversation model. It can also respond to follow-up inquiries, and the business claims that it can also acknowledge errors.

Change how people use search engines

By providing clients with more than just links to peruse, it might fundamentally change how people use search engines by providing solutions to difficult issues. When you ask a question, it can fix the issue in addition to being a useful debugging buddy.

Built on the GPT-3.5 language technology, free to use

On November 30, the AI-powered chatbot on OpenAI’s website was made available to the general public. Users may join up and test it out for free while it is still in the research evaluation stage.

ChatGPT makes use of the GPT-3.5 language technology developed by OpenAI. A sizable amount of text data from multiple sources was used to train this powerful artificial intelligence model.

Most crucially, ChatGPT has shown that it is capable of writing college-level essays in response to a prompt and building complicated Python code, prompting fears that such technology may eventually replace human employees like journalists or programmers.

An Amazon employee named Jason DeBolt wrote, “Ok, this is dangerous. When asked to “Write Python code to upload a file to an AWS S3 bucket,” @OpenAI’s ChatGPT can provide hundreds of lines of Python code to do multipart uploads of 100 GB files.

Also Read: 17 Wonderful Teen Movies on Netflix to Watch With Your Friends

Top 25 US Scholarships & Grants for Graduate School Student in 2023

How to create a blog for free and earn money online in 2023?

Everything will be available on Netflix, Disney+, HBO Max, and other major streaming services in January 2023

17 Wonderful Teen Movies on Netflix to Watch With Your Friends 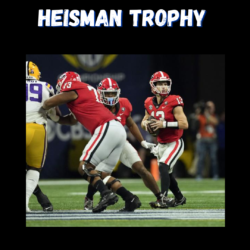